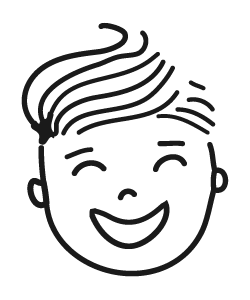 When it comes down to it, it can be really challenging to deal with the prospect of supporting yourself for the rest of your life. While many people hope for a windfall, the weight of supporting yourself falls on your own shoulders, and it is important to think carefully about how to make decisions that will work for your family in the long run. I started thinking about how my education could provide a better living for my family, and after completing my degree, I felt like I could do anything. This website is here for anyone wondering how your formal education could help you down the road.

Semi-trucks and trailers are large, heavy, and dif …

Guided and non-guided play is important to an infa …

Choosing A Flight School? What To Know
2 April 2021

If you have made the decision that you're ready to …

What Is A Montessori Child Care Center, Exactly?
11 August 2020

When looking for a preschool or child care center …

Did Your Husband Have A Stoke Recently?
7 October 2019

If your husband was the victim of a stoke not too …

The word force has a lot of definitions. But when it comes to science, and physics in particular, the definition of force is any kind of action or interaction that will cause an object to change its direction, as long as there is nothing else opposing it. Basically, force breaks down to a push or pull.

If you were to take a marble that is rolling toward you and you push it into another direction, you are exerting force, because you have changed the direction of the marble. Knowing what force is is all well and good, but how can you measure force? You can say that you exerted some force when you pushed the marble, but you can't be sure of exactly how much force you exerted. You can tell that you used a lot of force if the marble speeds away, but saying you used a lot of force is a very subjective description, and one that will vary from person to person. That's where a force gauge comes into use.

A force gauge is also called a push pull gauge. Most of these tools are digital and will measure the newtons of force that is exerted. Newtons are a unit of force. The way that the force gauge works is that it measures the amount that the strain gauge is deformed. That amount of deformation then goes into the unit and it does all the calculations to show how much force is being exerted.

Force gauges are used in a lot of places, from research to quality control testing for various parts. For example, a force gauge can be used to see how much force a spring can exert. One of the things that quality control does, on top of making sure parts are all within specifications, is to test a part to failure. That means that they take a part, such as a spring, and run it through all kinds of tests, so that they can test it to what it takes to make the spring totally fail to work at all. In general, the tests that the QC people are going to do are things that consumers usually don't do, but doing them lets the manufacturer state that their springs can withstand X amount of weight or similar things. It also lets the manufacturer make sure that the part is safe to be released for sale at all.

Force may have a lot of definitions, but when it comes to science, it is a very specific thing.